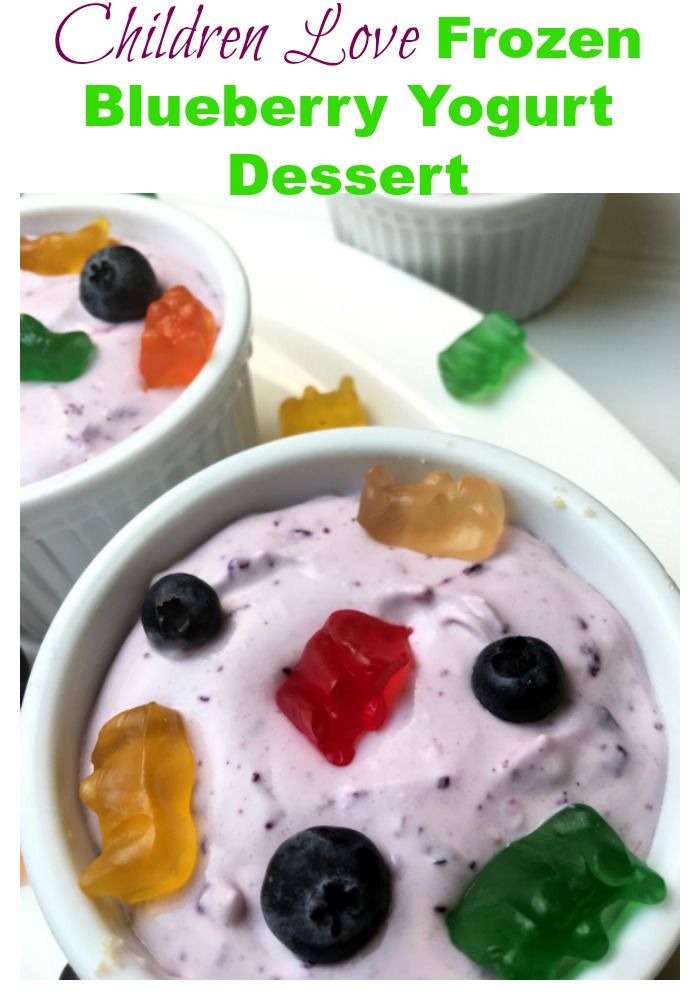 Our first task was to produce my grandchildren’s favorite dish using less than 10 ingredients.  My grandchildren are constantly wanting something sweet and love candy, of course.  Knowing that candy is not healthy at all for them, I always try to make their desserts with a healthy twist.  So my first thought was to make a pie that I had loved in the past and put a little candy in it.  This Frozen Blueberry Yogurt Dessert is lovely, light and delicious and is somewhat healthy with the yogurt and blueberries.

I am making two versions of this dish.  The first is Frozen Blueberry Yogurt Dessert similar to the one I made on Guys Grocery Games but improved because I don’t have the time restrictions and I am able to use a few more ingredients.  I used gummy bears in this version but on the show I used jelly beans.  The second one, a Frozen Blueberry Yogurt Pie, is the incredible original recipe that I was remembering while on the show that I was trying to recreate.

The crust is made with shortbread cookies and the filling is blueberry yogurt, whipped cream, cream cheese and fresh blueberries.  The addition of the gummy bears was to make it more fun for my grandchildren to eat. 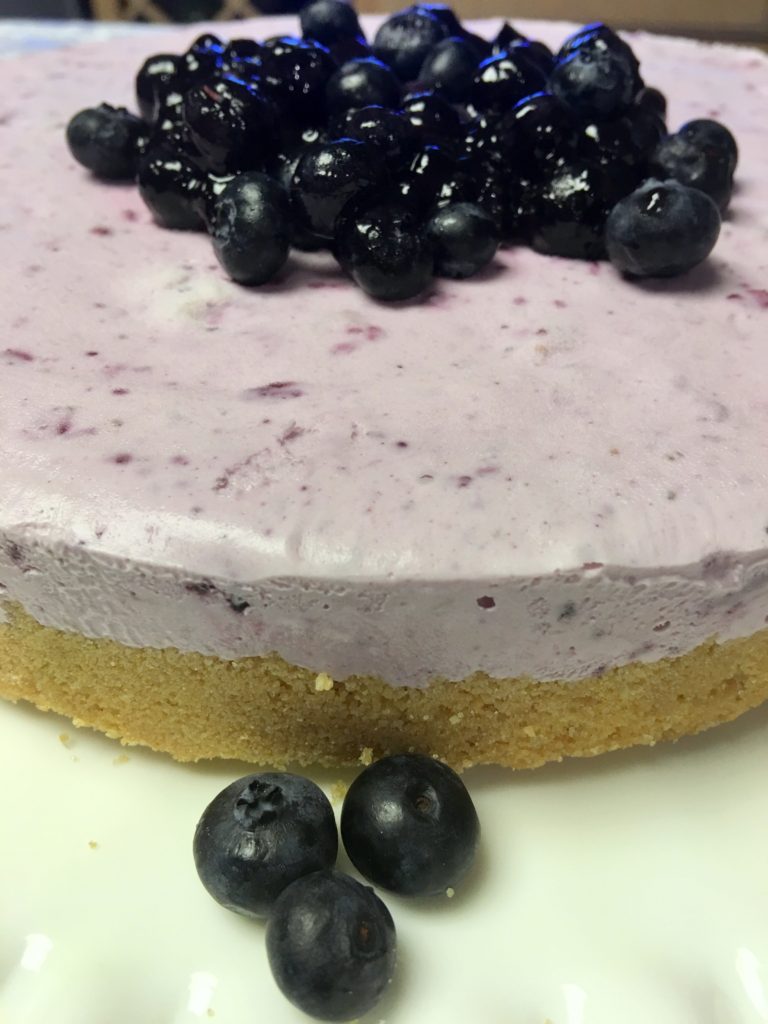 Thirty years ago was the first time I had this pie.  I remember getting up in the middle of the night to eat it because it was so delicious! 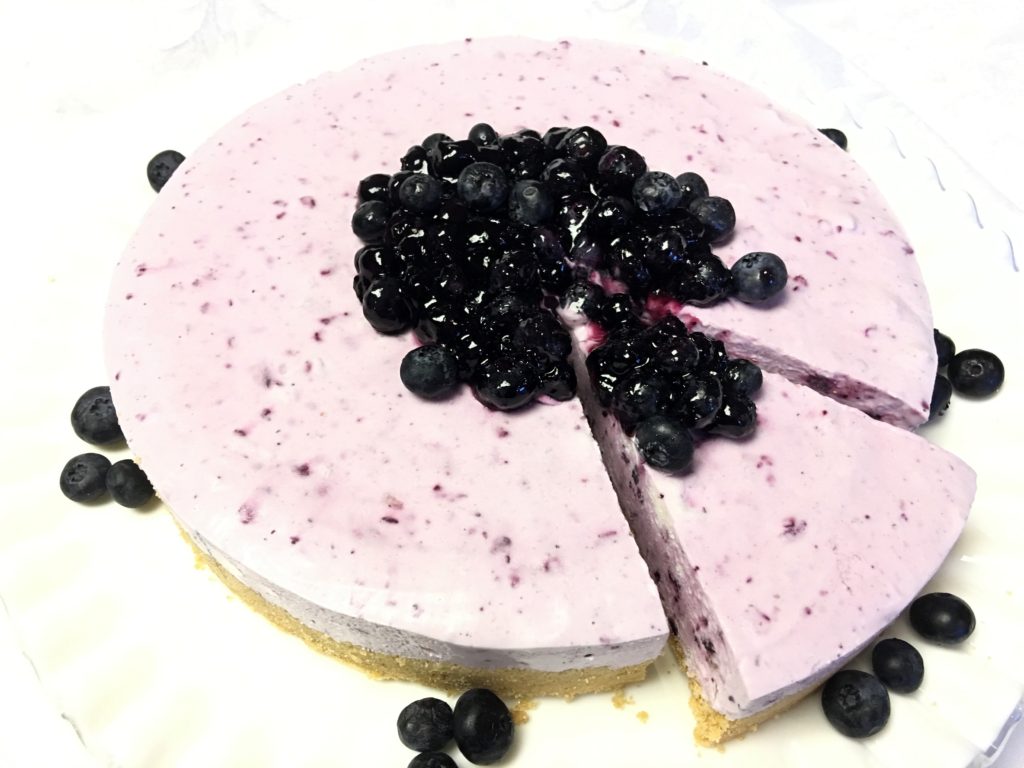 Can you believe how scrumptious it looks?  And it is just as scrumptious to eat as it is to look at! 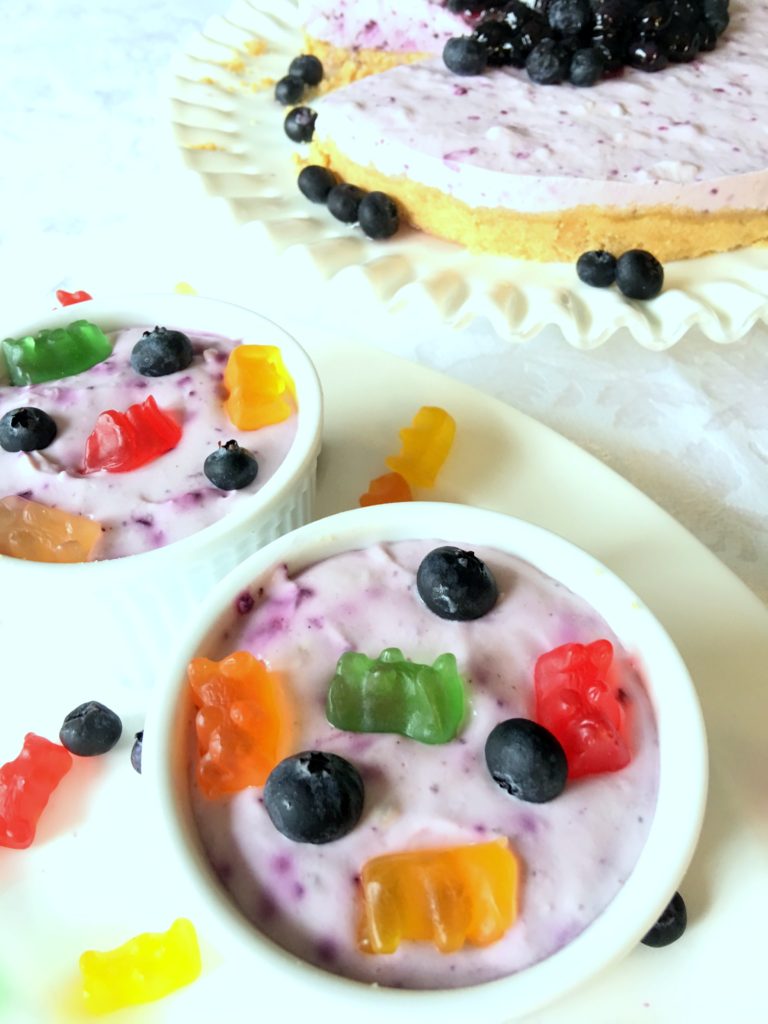 THIS IS A GREAT PICTURE TO PIN 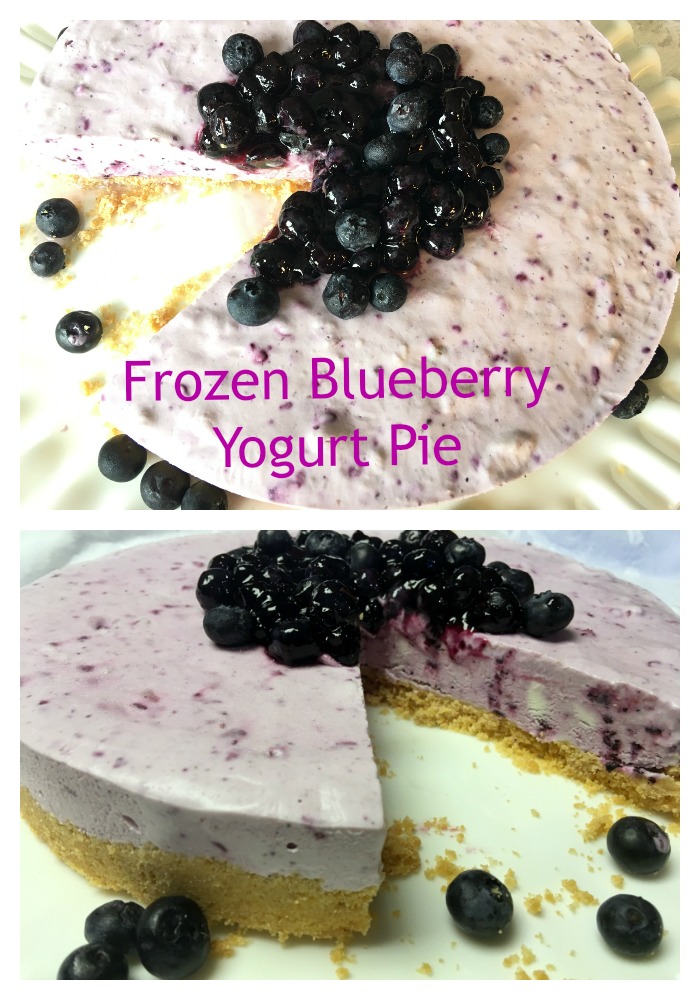